Are You My Daddy?

It’s New Year’s Eve, and Doctor Conrad Banfield, head of the psychiatric unit at St. Joe’s, knows absolutely that he can’t have fathered a child, because he had a vasectomy.

But nurse Abby Martin knows positively that her three-week-old son, Robert, is the result of the passionate one night stand she had with Conrad.

Now Abby’s clinging to life, and Conrad has to care for their baby.

Trouble is, Conrad has no experience with babies, and the psych nurses, who call him Iceman, are not about to rescue him.

Will Conrad be able to learn about diapers and colic–and love?

Signup up for my Newsletter to get your free book! 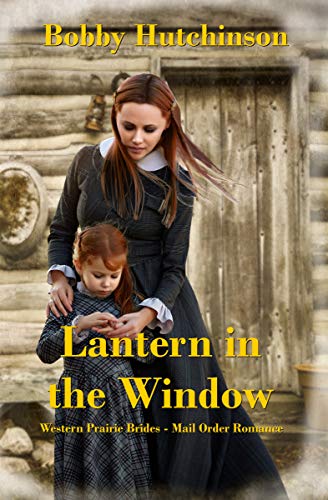 Lantern In The Window

Or the groom, already married to a woman he’s never laid eyes on?

On the Canadian prairies in 1886, having a mail order romance wasn’t unusual. Noah Ferguson desperately needed help on his farm. Annie Tompkins knew she couldn’t go on working in Lazenby’s cotton mill.

So she’d been a little less than honest in her letters, was that really so terrible?

It was unforgivable, Noah fumed. He’d wanted an older widow, and Annie was a young virgin. But even that wasn’t the full extent of her lies.

Problem is, Noah hasn’t exactly been straight with Annie, either, and his secret has the power to break Annie’s heart.

Can even a special Christmas gift make their marriage work?

But Cameron isn’t telling her the whole truth about the dangers of his undercover work.

Alex doesn’t know that the transfer to a small inland town is a life or death issue for Cam.

The love of her life is changing the life she loves–and he won’t tell her why.

If she wants her marriage to work, she’ll have to give up the excitement and challenge of the ER to become a GP in a hospital where no one seems to want her services. And that means leaving behind an injured brother who needs her, and a group of co-workers who’ve become her family.

It takes a cat and a challenged baby to help Alex accept a new kind of medicine.

But can she also accept a new kind of husband?

She’s broke, and she’s running from a stalker. He’s losing his restaurant.

Mac and Kate both have secrets.

When Kate and her small daughter Susie blunder into the town of Starwood and Mac’s peculiar Truckstop, the attraction is mutual, but Kate can’t figure Mac out. To say he’s eccentric is an understatement. And Mac, smarting from recent heartbreak, has vowed to keep to himself. If you like unusual characters, sweet romance and small town nosiness, you’ll love Biggest Little Truckstop, Bobby Hutchinson’s short series starter for Starwood Chronicles.