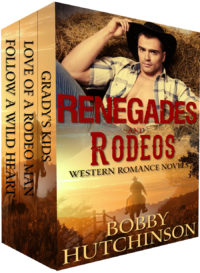 Rodeos, renegades, and romance—what’s not to love?

1. GRADY’S KIDS
THE TRIALS OF A MODERN DAY COWBOY? ARE YOU A FAN OF OLD WESTERNS, WHERE THE HERO HOLDS UP A TRAIN?
Grady Hughes, single parent at the end of his tether, loves those old movies, and when a train threatens—for the second time—to kill one of his valuable steers, he goes temporarily insane, stops the train at gunpoint, and lands himself in a world of trouble.

Fiona is the parole officer assigned to Grady’s case. She’s never met anyone like him. He irritates her, but it’s his three little kids who really get under her skin. What’s she to do with a modern day renegade and a trio of kids who capture her heart?

2. LOVE OF A RODEO MAN
THEY’LL NEVER STAY HOME, AND THEY’RE ALWAYS ALONE
Sara Wingate has just graduated as a vet, and she’s landed a job in the small town of Plains, Montana, where her family live. They’re overjoyed that she’s come home at last.

Mitch Carter has given up his life as a top notch rodeo cowboy, and he’s also come home to be his father’s right-hand man on the Carter Ranch. But his heart’s still back at the rodeo—until he and Sara meet in a pen full of pigs.

3. FOLLOW A WILD HEART
A CITY GUY, A COUNTRY GAL, AND A MOOSE
A different kind of Western romantic adventure. Sex in the City, it’s not!

Log scaler Karena Carlson lives off the grid in the Minnesota back woods with her son, Danny, and his mischievous pet moose calf, Mortimer.

Logan Baxter spots her winning the log rolling competition at the timber show and is instantly smitten. Logan is single, social, and fond of things like electricity, indoor plumbing and gas heat.

Karena dislikes cities, crowds, and strangers. Her mantra is chop wood, carry water. Can she afford to let Logan into her heart, and her life? And how can a stubborn 12-year-old boy and a capricious moose calf addicted to exhaust fumes help love find a way?

Danny adores Mortimer, but to call the moose calf a mischief would be the understatement of the century. And Mortimer is growing, which for a moose, means huge. And when moose hormones kick in, it could also mean danger; moose have been known to attack trains when the love bug bites. She loves her son, she loves his moose, she loves her way of life. But none of them will easily transport to the city if she falls in love with Logan. What’s Karena to do?

If you want to stay up all night reading, scroll up and grab a copy today. 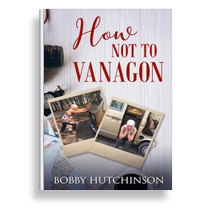 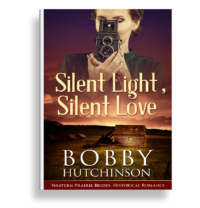 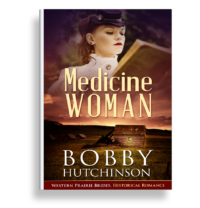