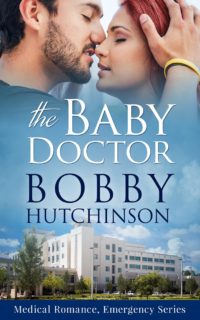 Thirty six year old obstetrician Morgan Jacobsen has had only two serious romances in her entire life, and they’d both ended years ago.

She’s philosophical about her single state when she has time to think about it at all. She has a career that consumes her, a pregnant foster daughter, Tessa, whom she’s growing to love, a messy home of her own that she adores, and several challenged pets that she’s rescued from the SPCA. Life is good””until her estranged mother decides to move in with her.

˃˃˃ Obstetrician Luke Gilbert is also thirty-six, but age and occupation are the only similarities between him and Morgan.

Luke is impeccably groomed, a widower and the father of a fifteen-year-old daughter, Sophie. He’s polite, remote, unavailable, and a hopeless workaholic. He’s quiet, self-contained, unemotional: all the things Morgan emphatically isn’t.

Although the dreams have stopped she still prefers not to be around Doctor Gilbert””not easy when she has to work with him. He’s simply too perfect for comfort.

˃˃˃ But Luke’s perfection is a facade.

His daughter is pregnant by his best friend’s son, and Luke’s relationship with Sophie is beyond stormy. When Sophie and Tessa become friends, he finds himself confiding in Morgan””and lusting after her as well. Lust soon becomes love, but love has an insurmountable number of obstacles to overcome.